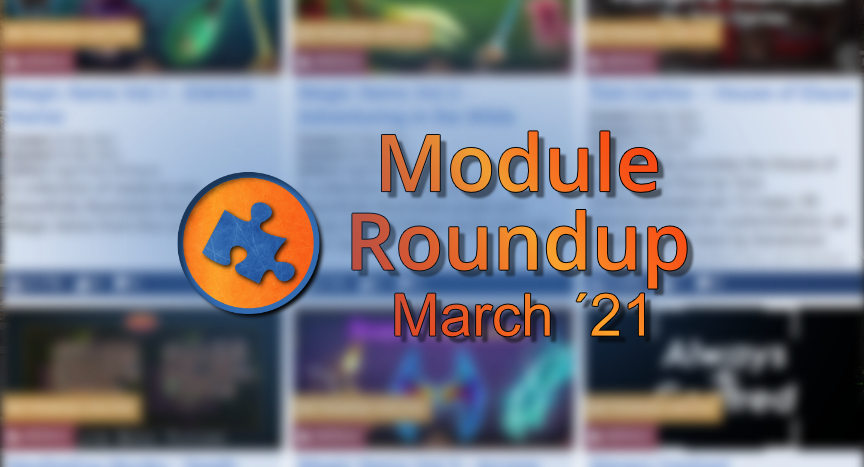 Welcome back to the Module Roundup a new month has passed which gives us the opportunity to present you again with a couple highlights from the Foundry VTT module world. This time we have some tools to help you organize and build your world, play the perfect sound effect when you need it, give Foundry a new look and an easier solution to implement certain animations.

The first one on the list is the innovative audio solution by Blitz which got a really big update close to releasing this article. Not only does it already support the Audio Overhaul Foundry update in 0.8.1 it also got a bunch of new features. This module allows you to import and use Sound Effects in a pretty, independent window. It also comes with included boards.

The new macro mode generates you a macro that plays a sound which will be used in another new feature to create embeds of said macros in journals which you can click to play it. New options for randomly modulating the pitch each time a sound is played have been added as well as in case you feel the sounds are getting monotonous after a while. A help button has also been added which is quite detailed in covers all the settings and controls the module has to offer. These are not all the new features and fixes that have been added to this release. The list is quite long but if you are interested have look at the changelog yourself.

Note: make sure to turn on the sound in the preview.

Pin Cushion is one of these modules that you have installed since forever and becomes such a natural feature that you forget it is a module. If you have never heard of it before and you like annotating your maps and worlds, it makes giddy for excitement. It enables selecting any icon you want for your map journal pins.

This month its functionality got expanded by contributions from Ethaks and now lets your players create map pins on any scene (if they have permission to create JournalEntries). You can set the default permissions for other players for these notes and has the option to store them in folder named after the player so that your existing well organized journal system does not fall into chaos when your players start adding notes on everything they encounter.

This one is cheating a little bit by talking about two modules in this section. However not only are they both from Erceron they also share most of the new features. Both of these modules are what I would consider as quality of life modules as they add the ability to organize your world a tiny little bit more.

As you might have guessed by the names already these modules are letting you create folders for both your macro directory and inside of compendiums. This month they got reworked so the folders work now identically like other directories in Foundry VTT. The context menus got extended, a lot of UI improvements and changes as well as exposing an API which lets you gain direct access to the folder objects in case you want to use for a macro or inside another module.

You installed the awesome animations from JB2A and wondered how to actually use them? Or are you sick and tired of creating macros for all your items and spells? Otigon has you covered with his excellent module which will work for the free animation pack as well for the Patreon one. The module also depends on you having FXMaster and supports a bunch of modules that mess with the rolling itself you can read more about that here.

Not only automatically detects animations for common items like Mace, Greataxe, Scorching Ray and Cure Wounds. It also adds a new tab into your items where you can customize them and even override them completely to use any animation from the pack you want. My player’s Rapier shoots purple rays when it attacks because why not?

Some people play games where you don’t need a lot of controls that Foundry offers or just think that the UI is too cluttered. If you feel the same way or just want to give the application a fresh look then this module by JeansenVaars is worth taking a look at.

It gets rid of all the UI elements without losing the functionality by hiding them of screen and pop in when you hover it. It is highly customizable, you can change the colours of certain UI elements, set the length of the macro bar and even get rid of the Foundry VTT icon if that bothers you. Last but not least it has a neat little scene preview if you hover them on the navigation bar.

Some readers might know of the web application from RollAdvantage that lets you easily create awesome looking tokens for your game by uploading an image, choose a border and have few settings to customize all without needing any knowledge or skills of a graphics software.

Now you can do all of this directly in Foundry. Instead of choosing an image for a token there is now another button that opens a dialogue window with the Token Stamp 2 application loaded. It gives you all the same options and importing the final token will automatically set it for the actor. All in all pretty convenient if you are using the site already or a looking for a good and easy way to create tokens for your game.

If you are a module developer and plan on releasing a new, exciting module or have big update coming up for one let us know and there might be a chance it gets featured in the next Roundup. You can contact us on the official Foundry VTT Discord Server where we have a #foundry-hub channel.

Simple custom soundboard for the Gamemaster, broadcasted to all connected clients
16.87% 9 4
module

Features Changes the dropdown of map pin icons into a filepicker so users can select any icons they like Adds …
9.39% 11 0
module

Compendium Folders adds a nested folder structure to organize your compendiums, and to organize contents of a compendium. This allows …
28.34% 22 0
module

This module leverages the JB2A Animated Assets Module (Required for this to function) to automatically play animations when items are …
9.14% 8 1
module

Integration of RolAdvantage's Token Stamp 2: https://RollAdvantage.com/tokenstamp   A simple token creator within Foundry VTT. To make tokens for your …
3.98% 0 0
module

Animated Assets for spells, tiles, tokens, melee and ranged attacks There is a Troubleshooting and FAQ section on our website …
20.6% 10 0
module
Premium content

Library of carefully crafted animated assets such as spell templates, tokens and even props to bring life to your sessions. They are based on the DnD5e ruleset but can be used with other systems as you see fit.Compendiums of actors and macros are also provided. More info hereThis pack is a replacement for our free module.
7.11% 9 0
3D Designer
Assets and Resources
Made for Foundry
Original Content

We’re Jules and Ben ! We have officially started our Patreon page more than one year ago ! The FoundryVTT community is so welcoming, friendly and enthusiastic ! We’re so grateful and proud to be able to help[…]
11 0
Tags: module highlight, module roundup, modules
Share This Post
Previous ArticleFoundry VTT 0.8.1 Alpha ReleaseNext ArticleLet’s Explore FATE on Foundry VTT
You May Also Like 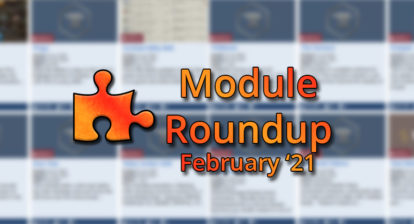 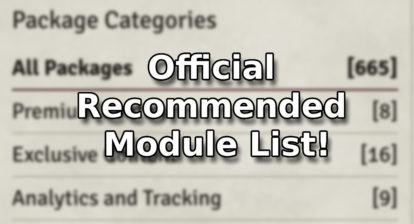 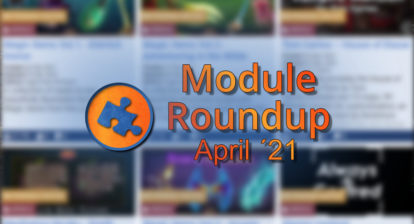 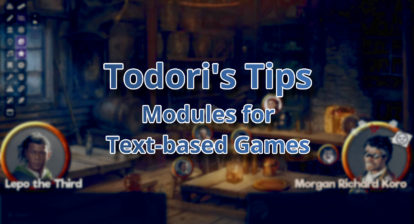 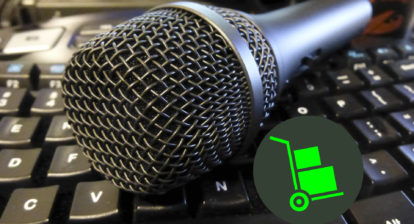 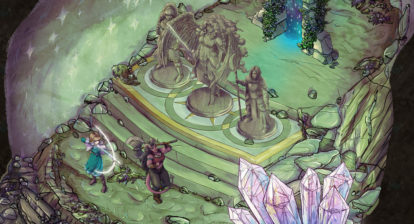