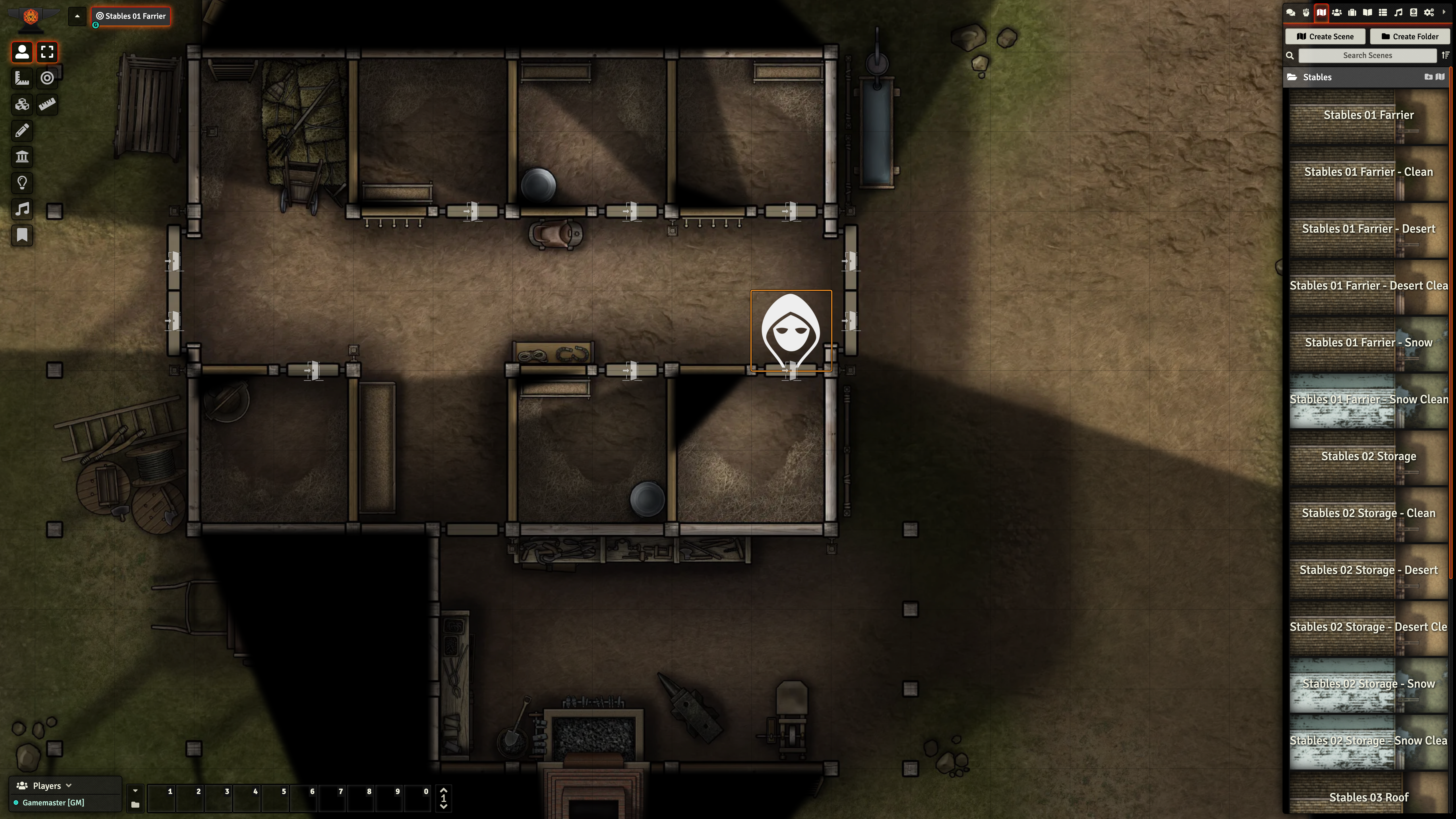 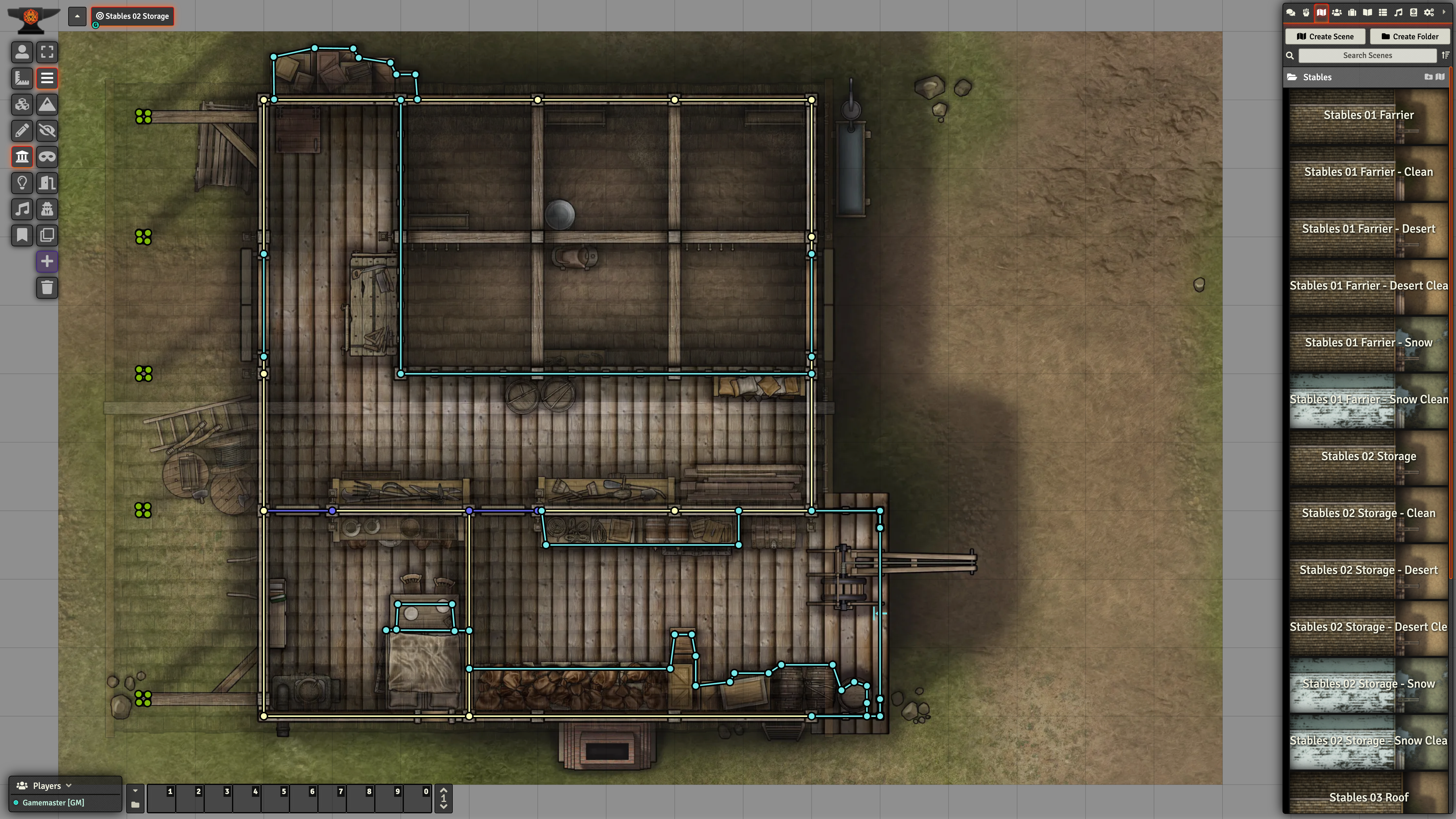 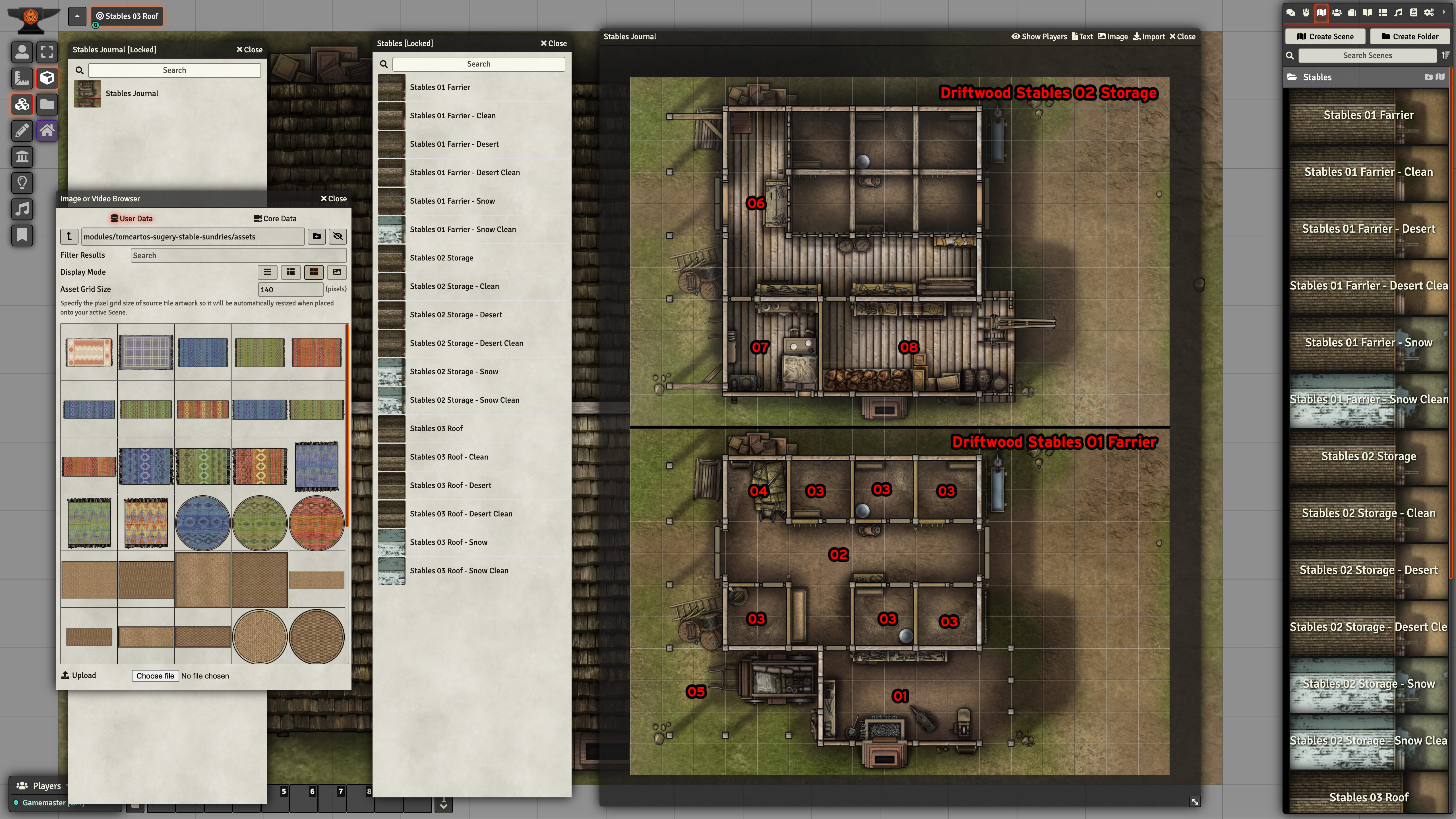 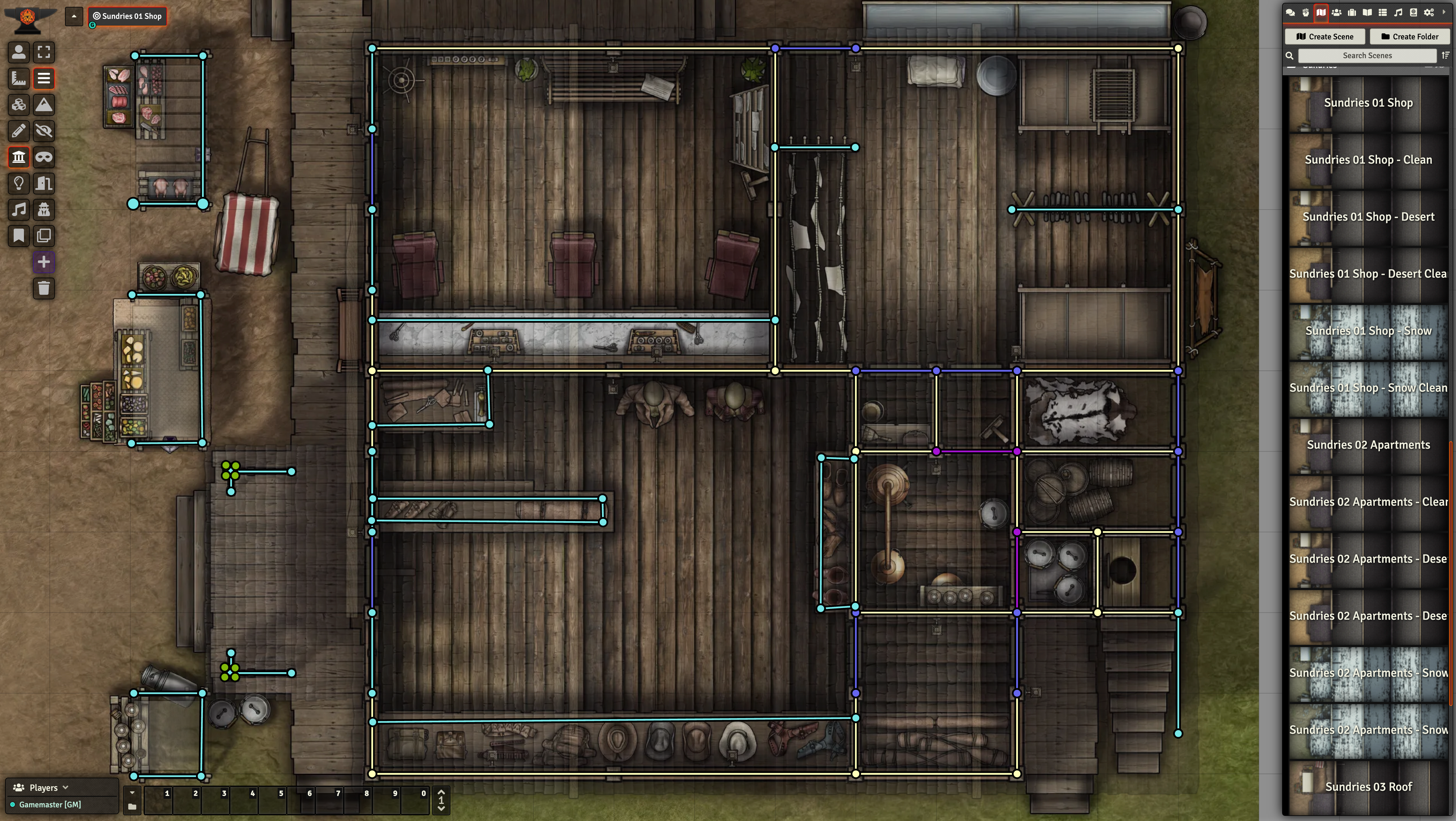 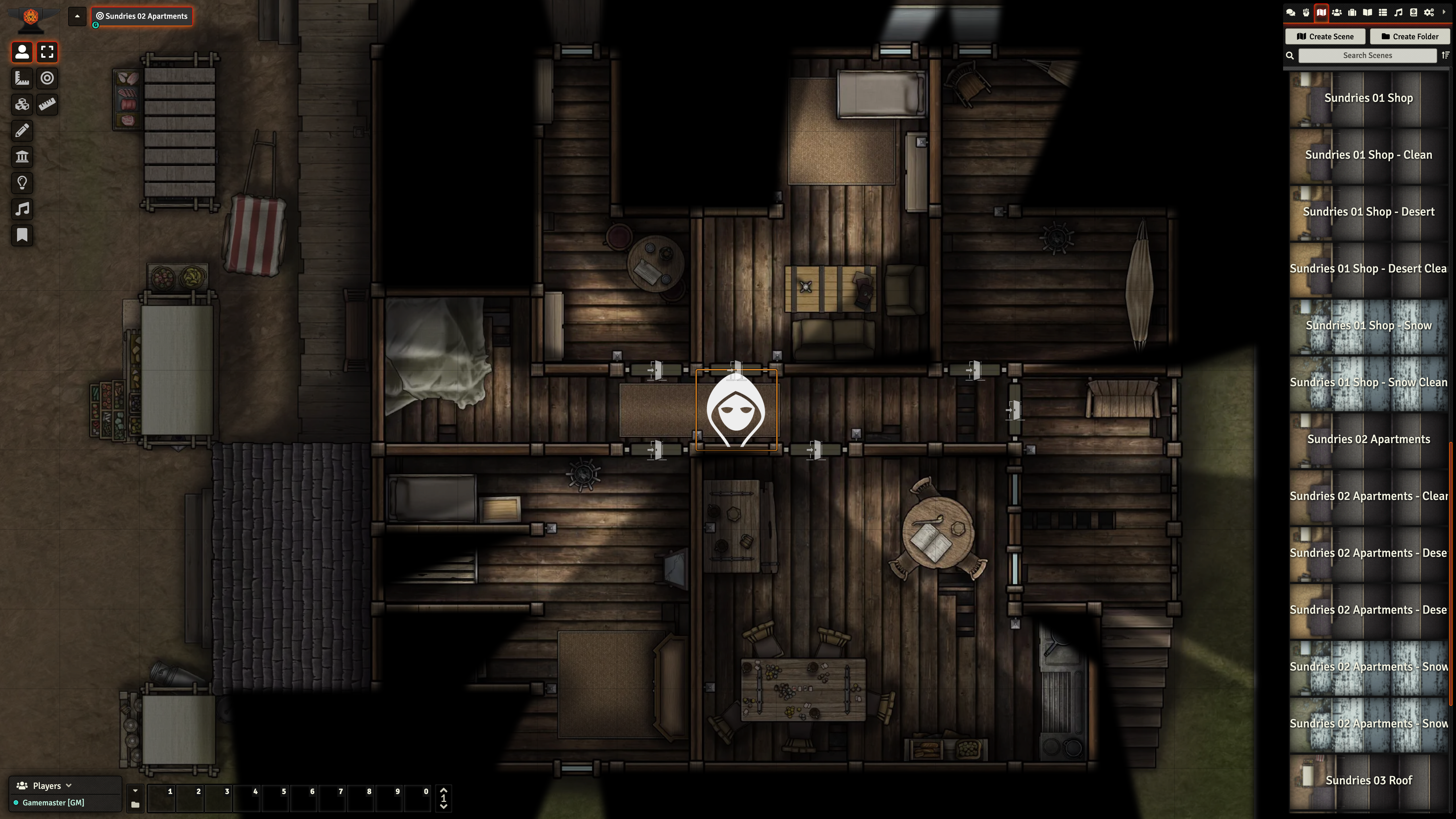 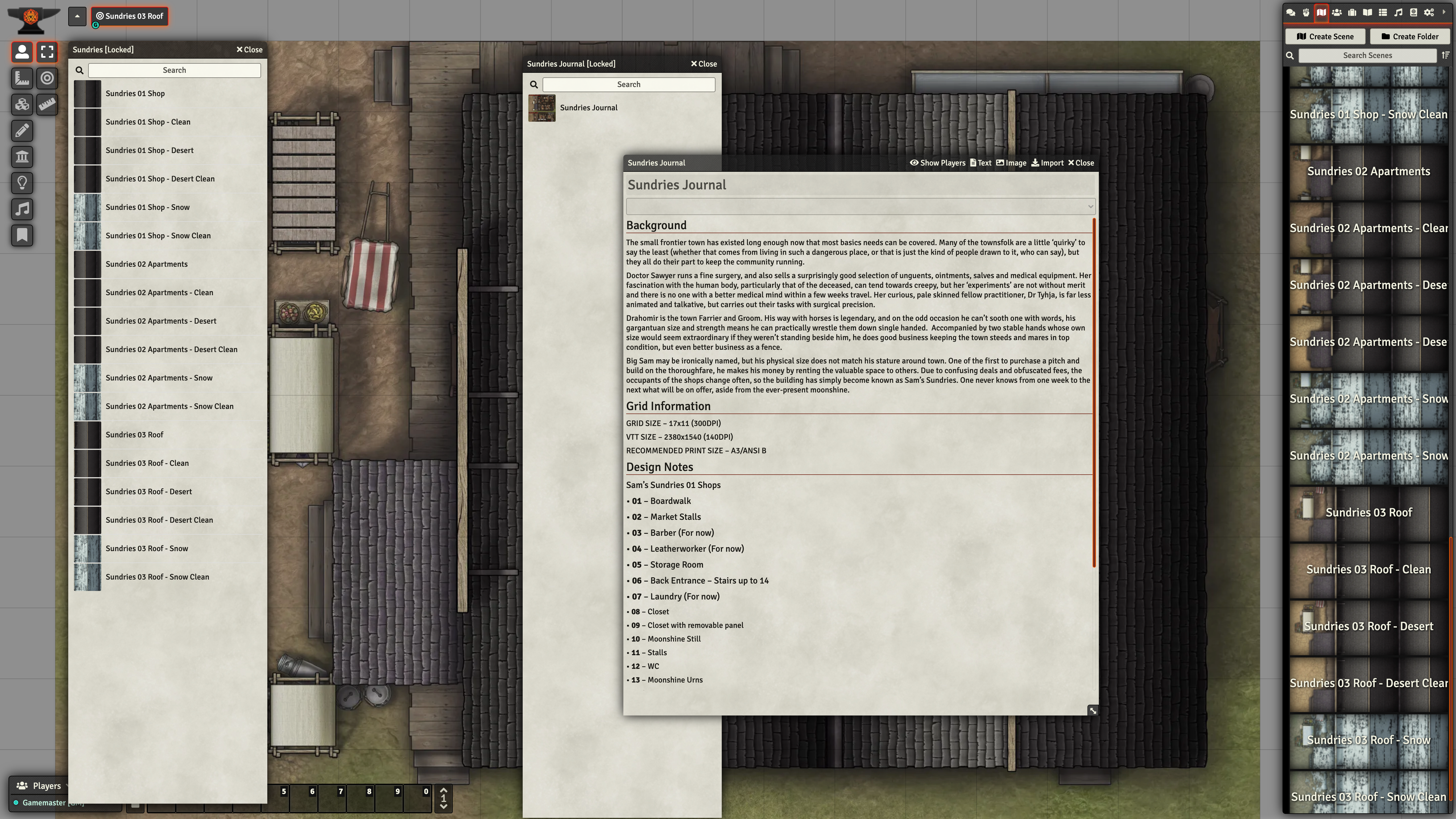 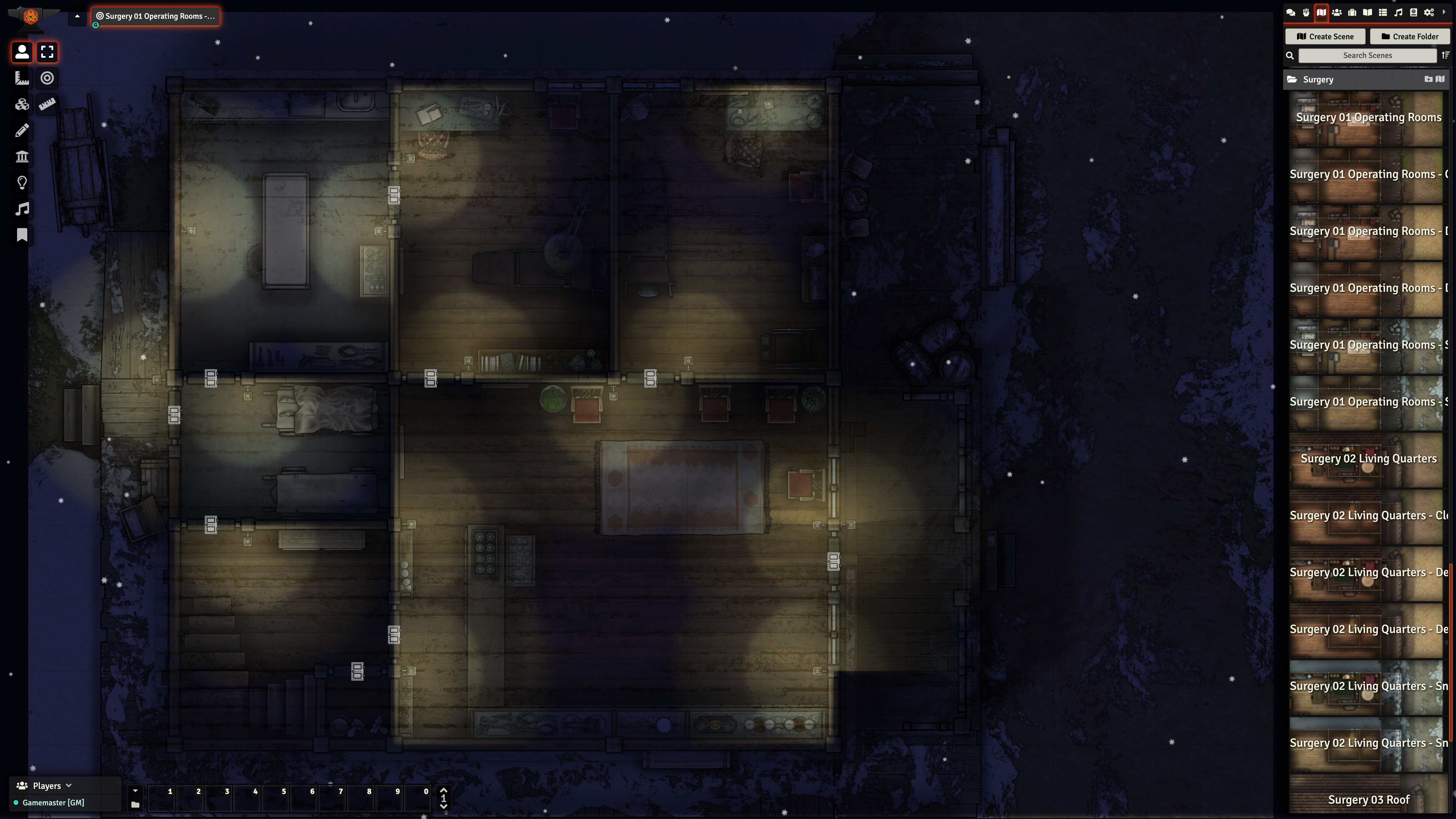 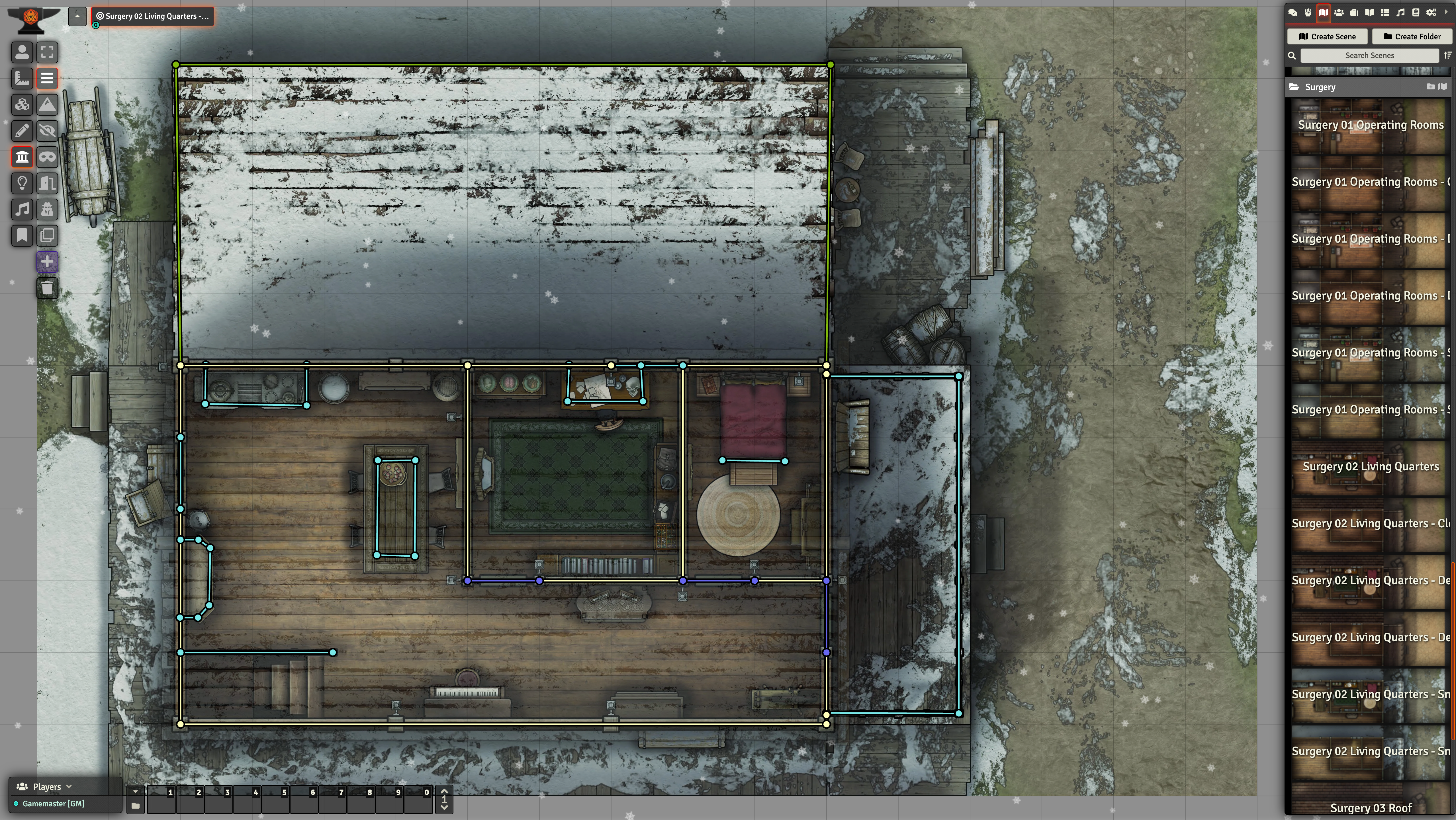 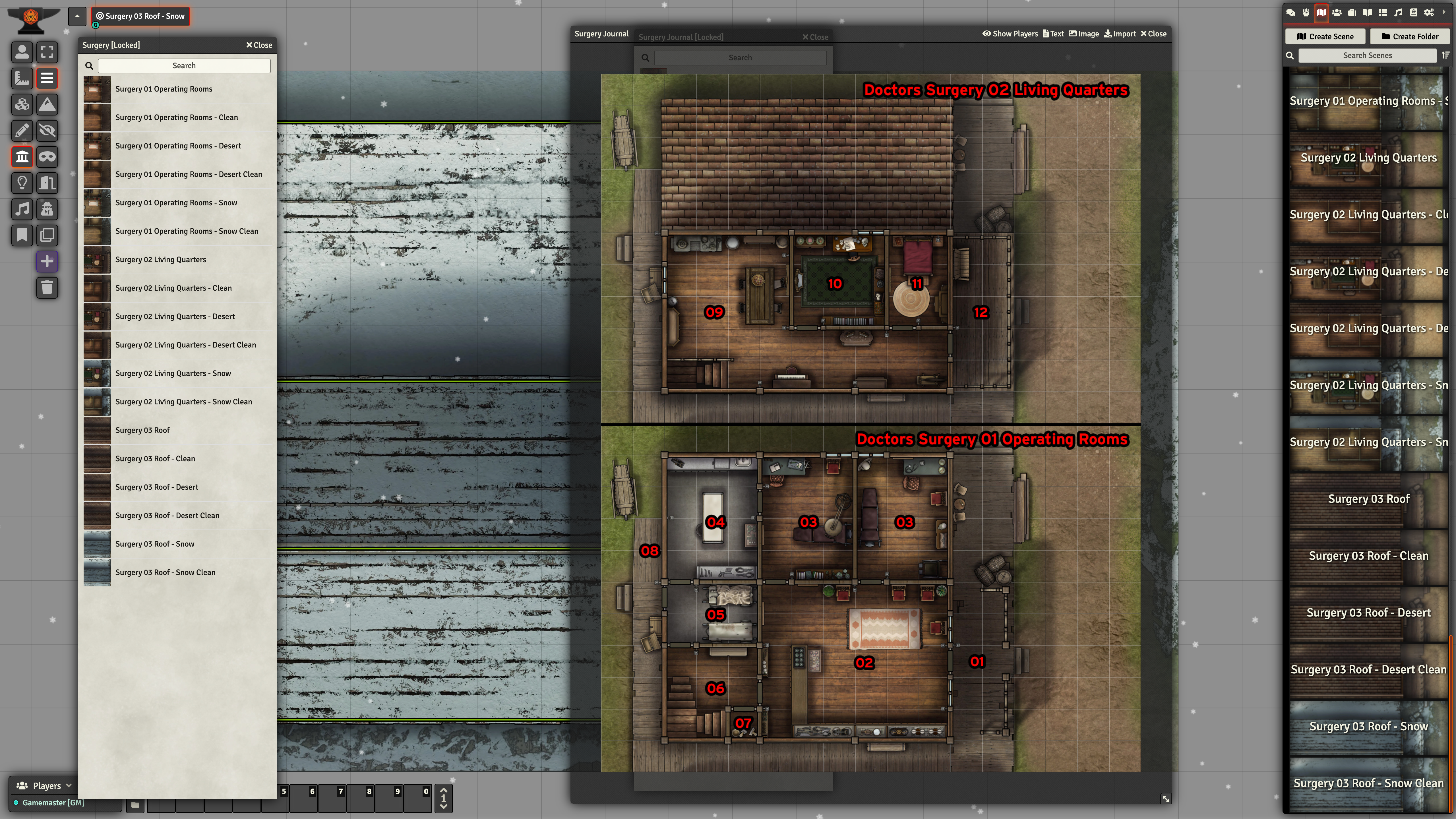 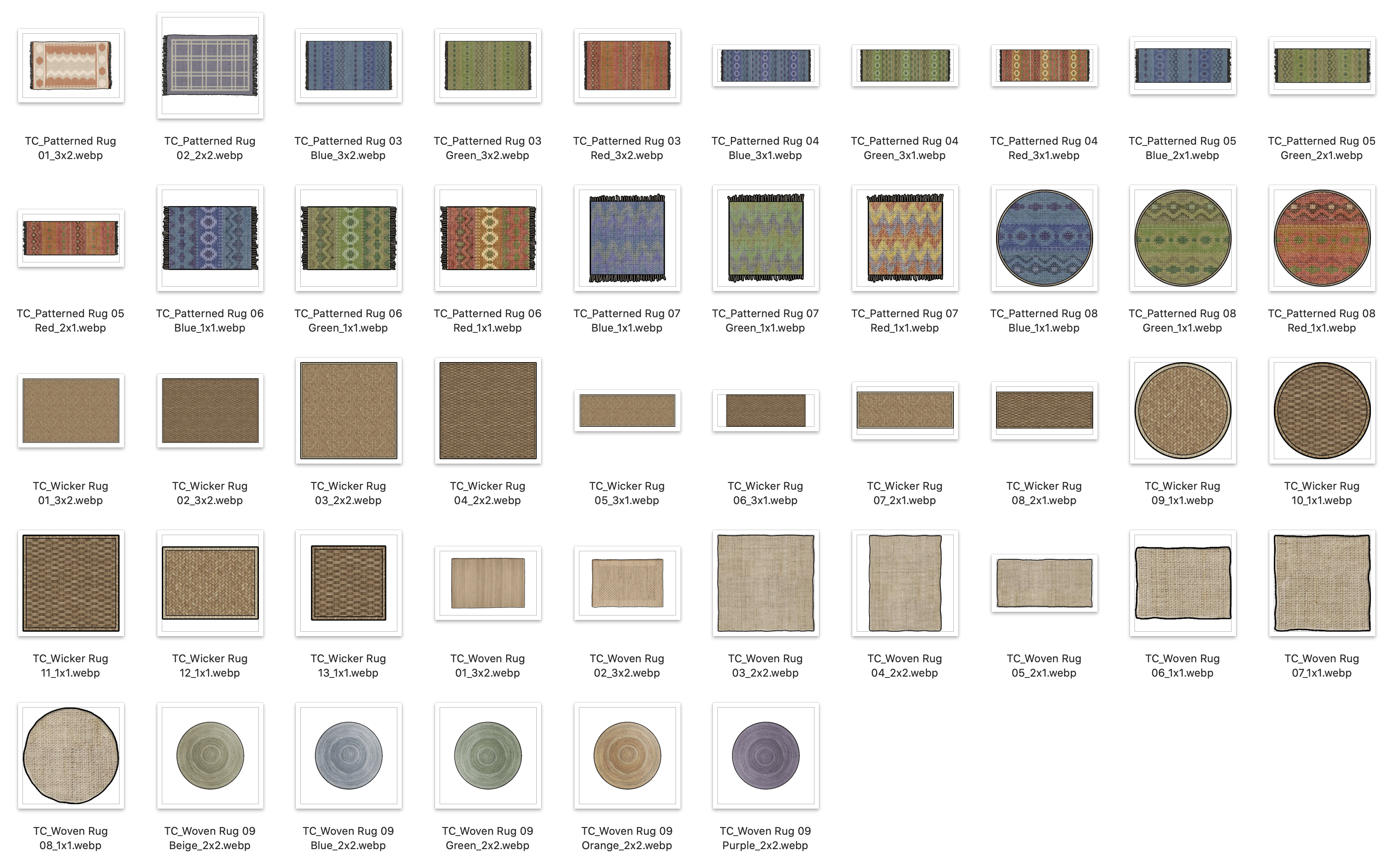 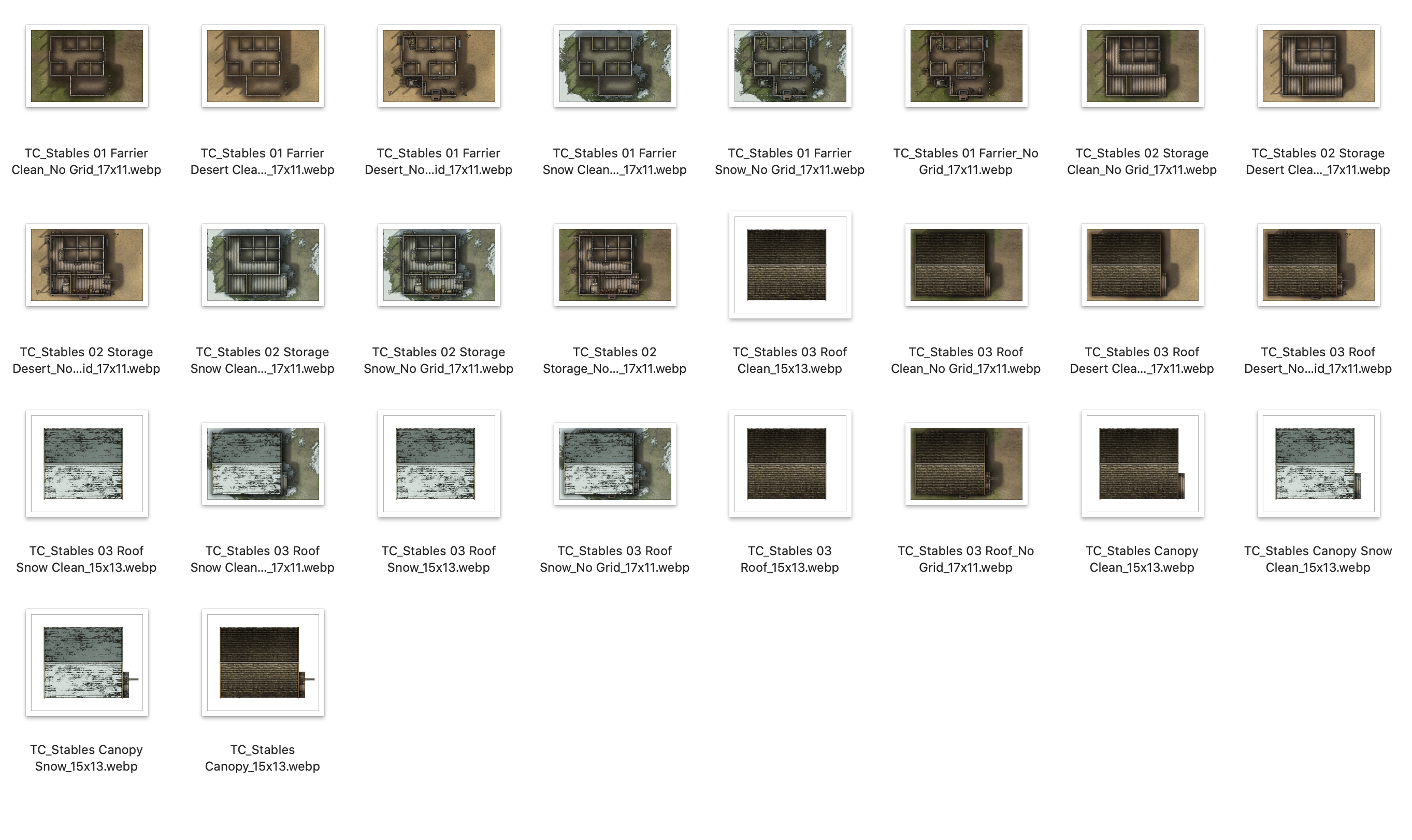 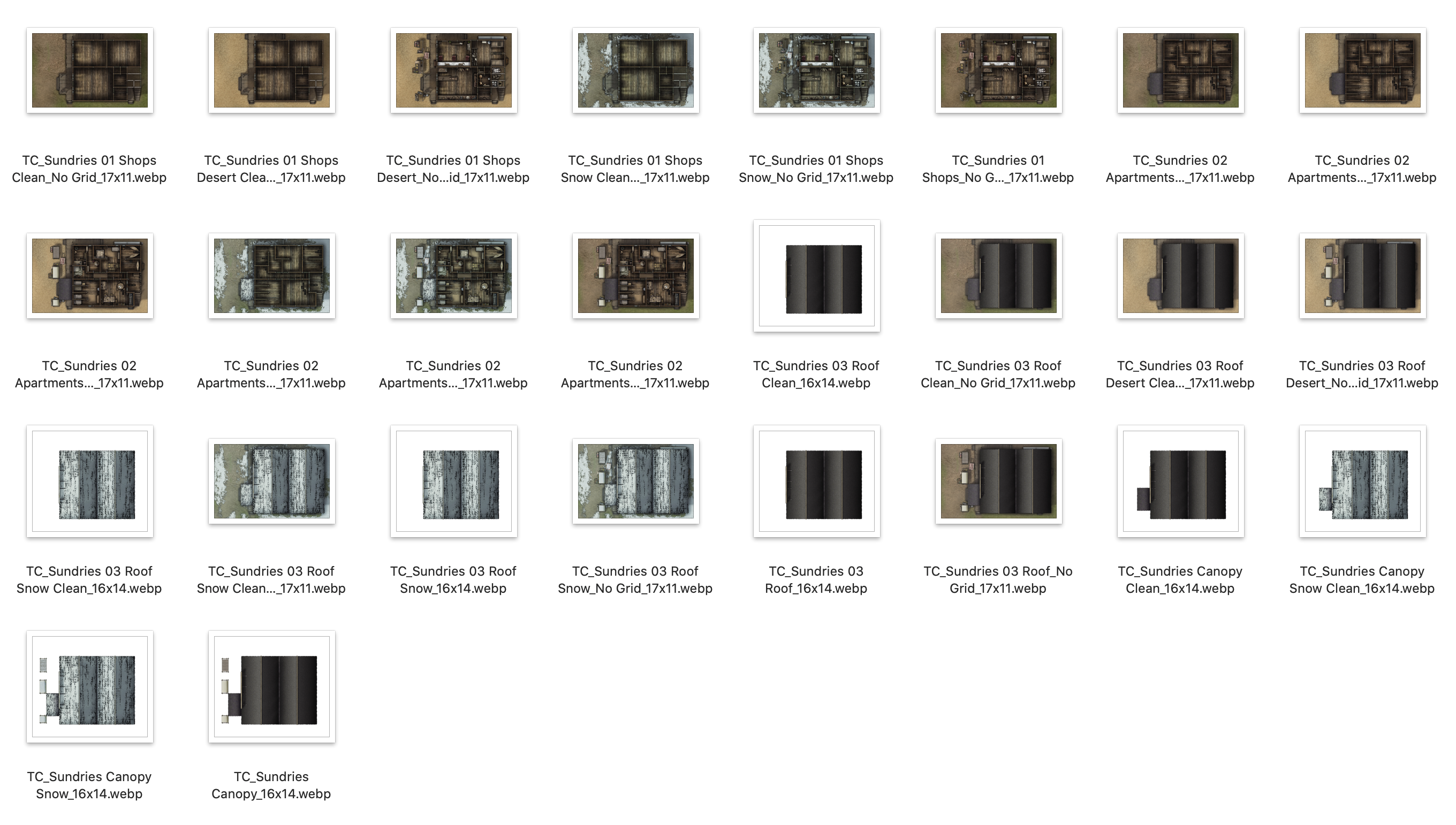 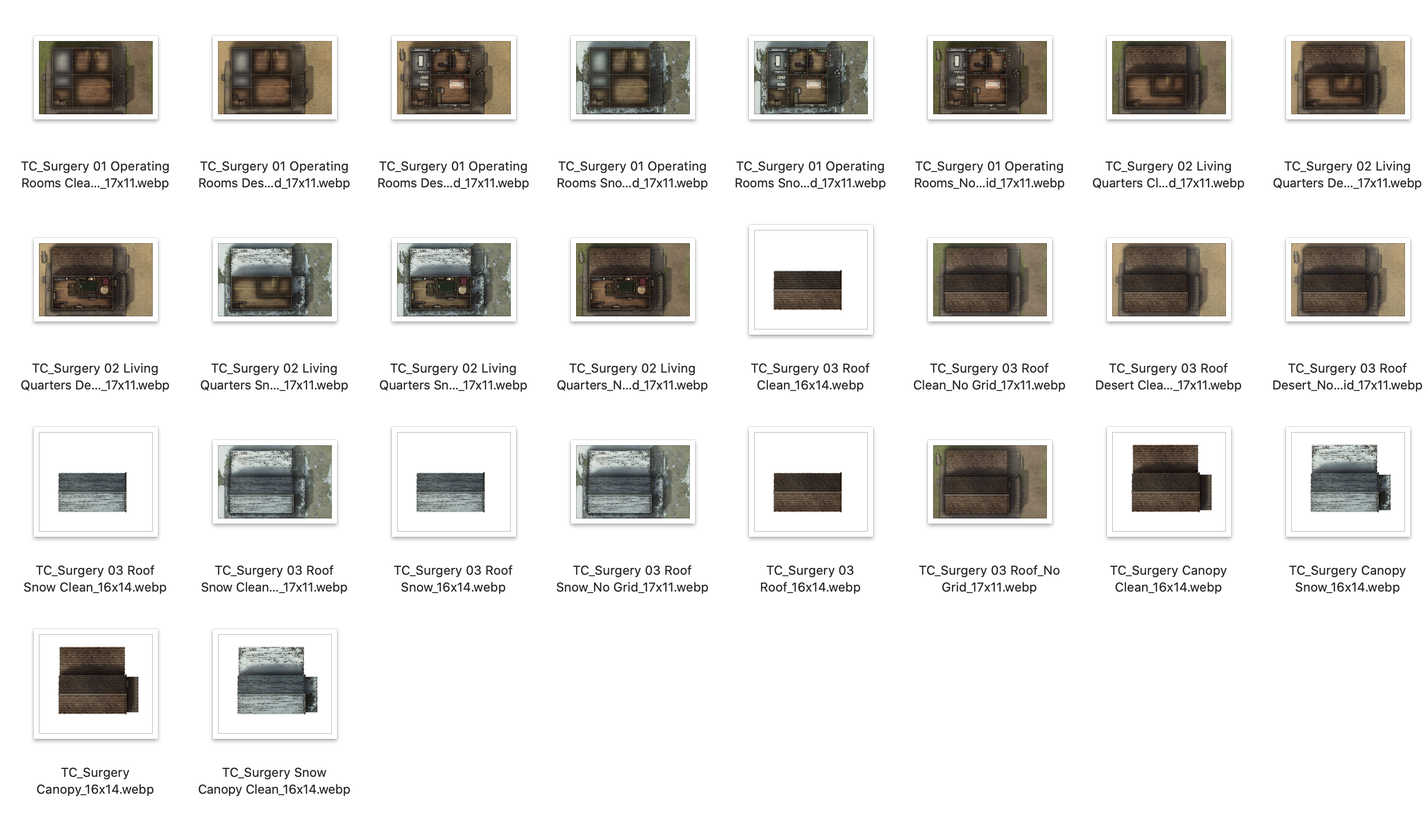 Included are 36 maps, 46 themed assets for customisation, and a labelled key and design notes journal for DMs.

The small frontier town has existed long enough now that most basics needs can be covered. Many of the townsfolk are a little ‘quirky’ to say the least (whether that comes from living in such a dangerous place, or that is just the kind of people drawn to it, who can say), but they all do their part to keep the community running.

Doctor Sawyer runs a fine surgery, and also sells a surprisingly good selection of unguents, ointments, salves and medical equipment. Her fascination with the human body, particularly that of the deceased, can tend towards creepy, but her ‘experiments’ are not without merit and there is no one with a better medical mind within a few weeks travel. Her curious, pale skinned fellow practitioner, Dr Tyhja, is far less animated and talkative, but carries out their tasks with surgical precision.

Drahomir is the town Farrier and Groom. His way with horses is legendary, and on the odd occasion he can’t sooth one with words, his gargantuan size and strength means he can practically wrestle them down single handed. Accompanied by two stable hands whose own size would seem extraordinary if they weren’t standing beside him, he does good business keeping the town steeds and mares in top condition, but even better business as a fence.

Big Sam may be ironically named, but his physical size does not match his stature around town. One of the first to purchase a pitch and build on the thoroughfare, he makes his money by renting the valuable space to others. Due to confusing deals and obfuscated fees, the occupants of the shops change often, so the building has simply become known as Sam’s Sundries. One never knows from one week to the next what will be on offer, aside from the ever-present moonshine.