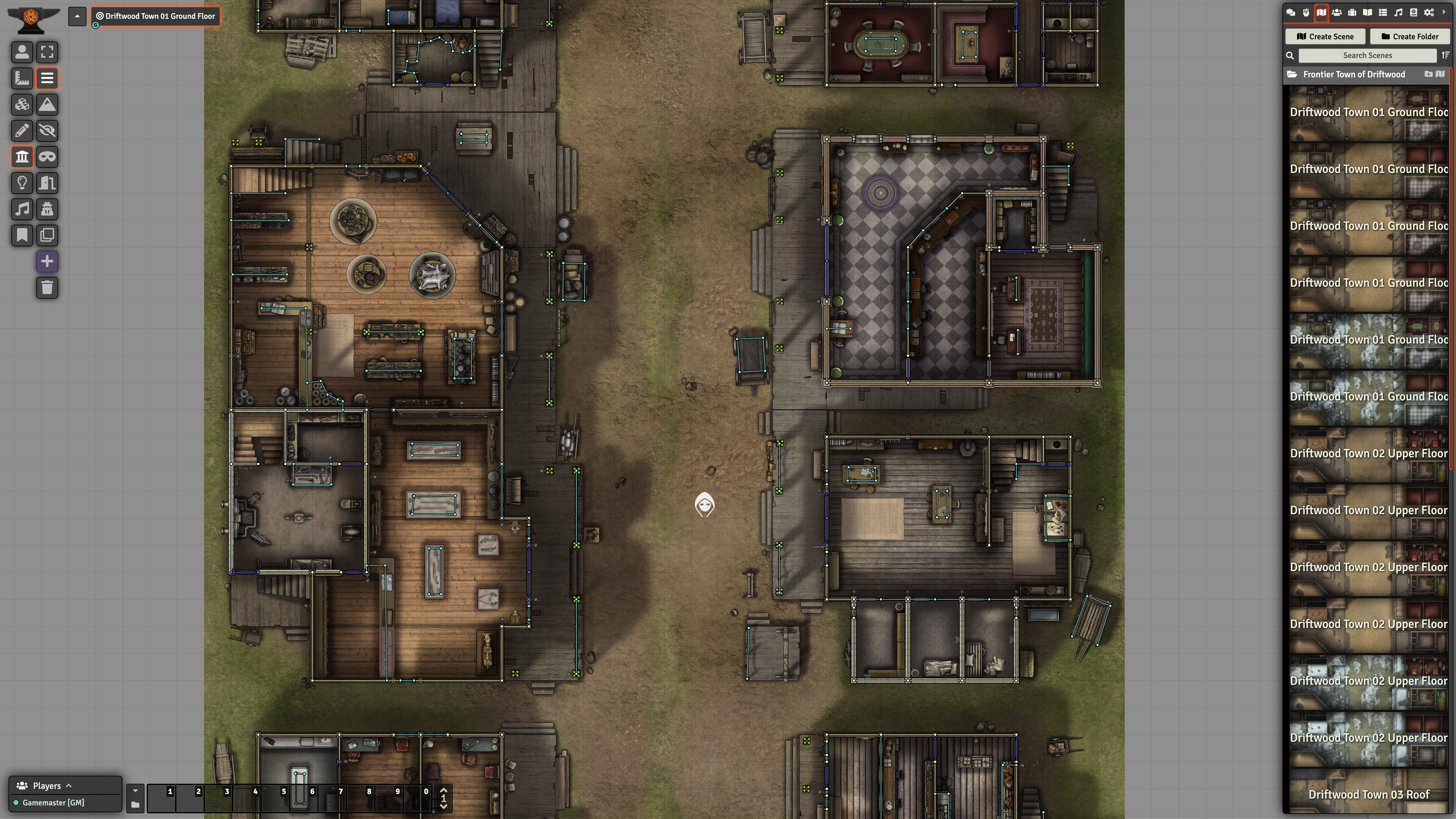 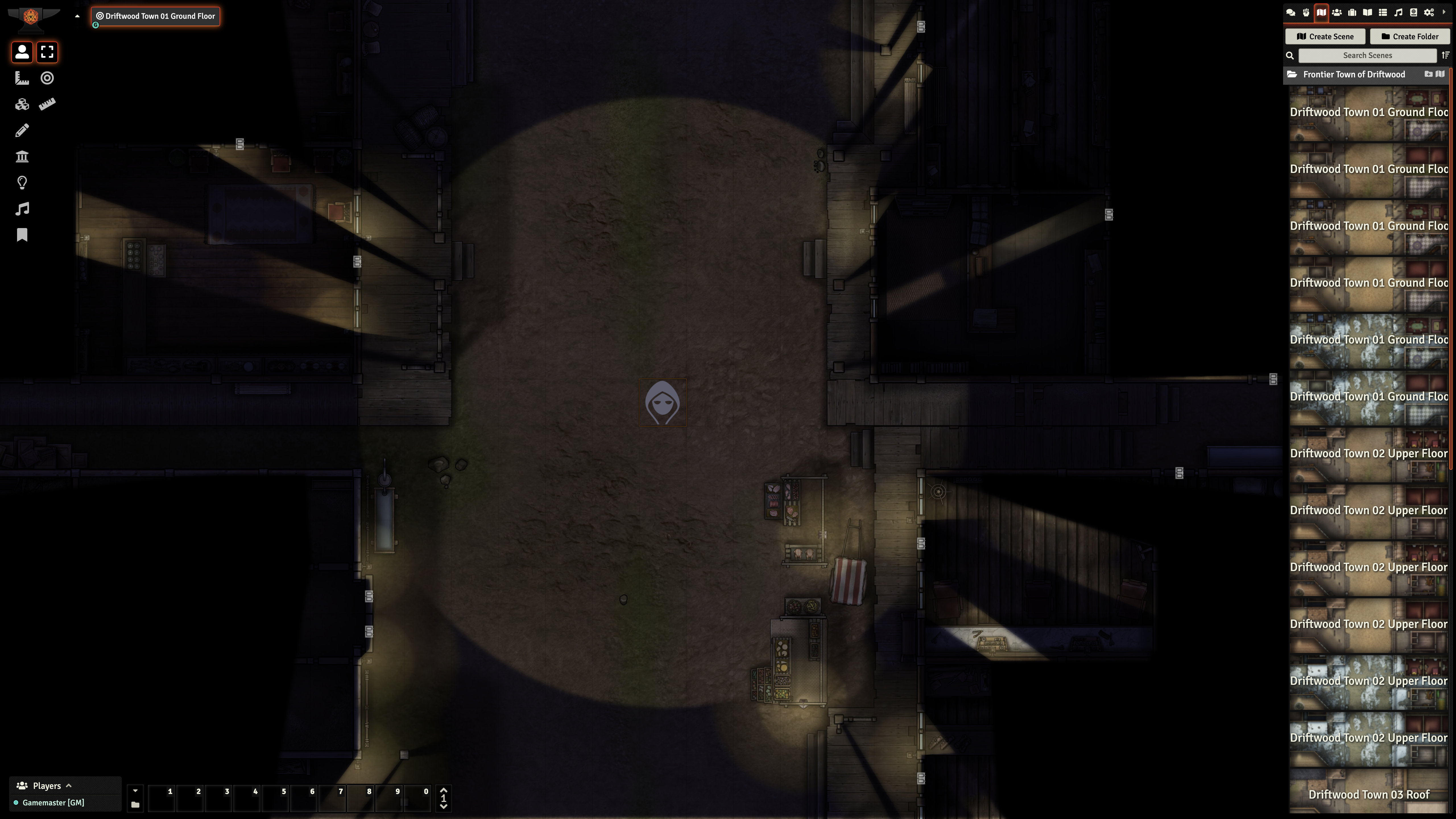 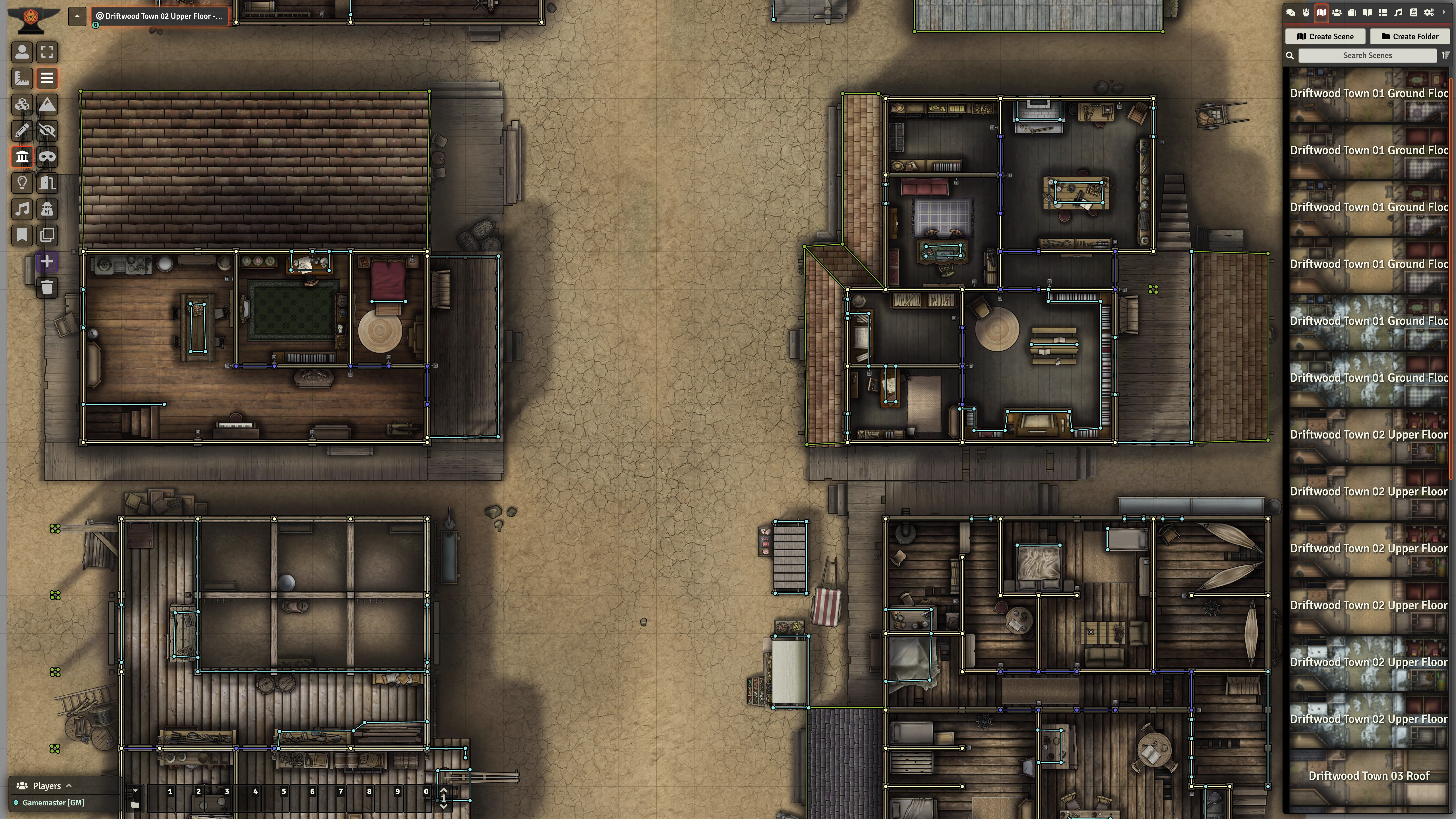 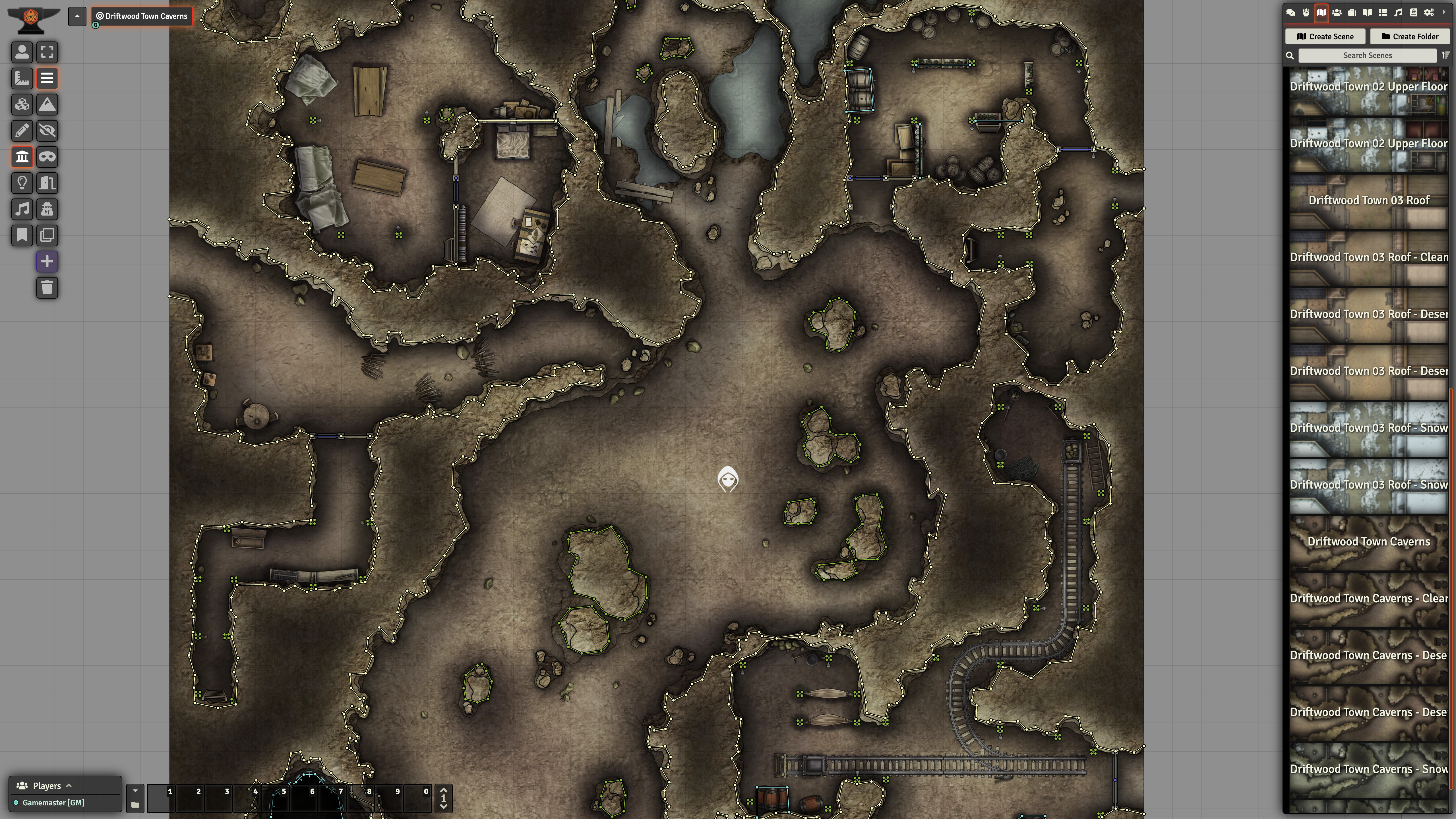 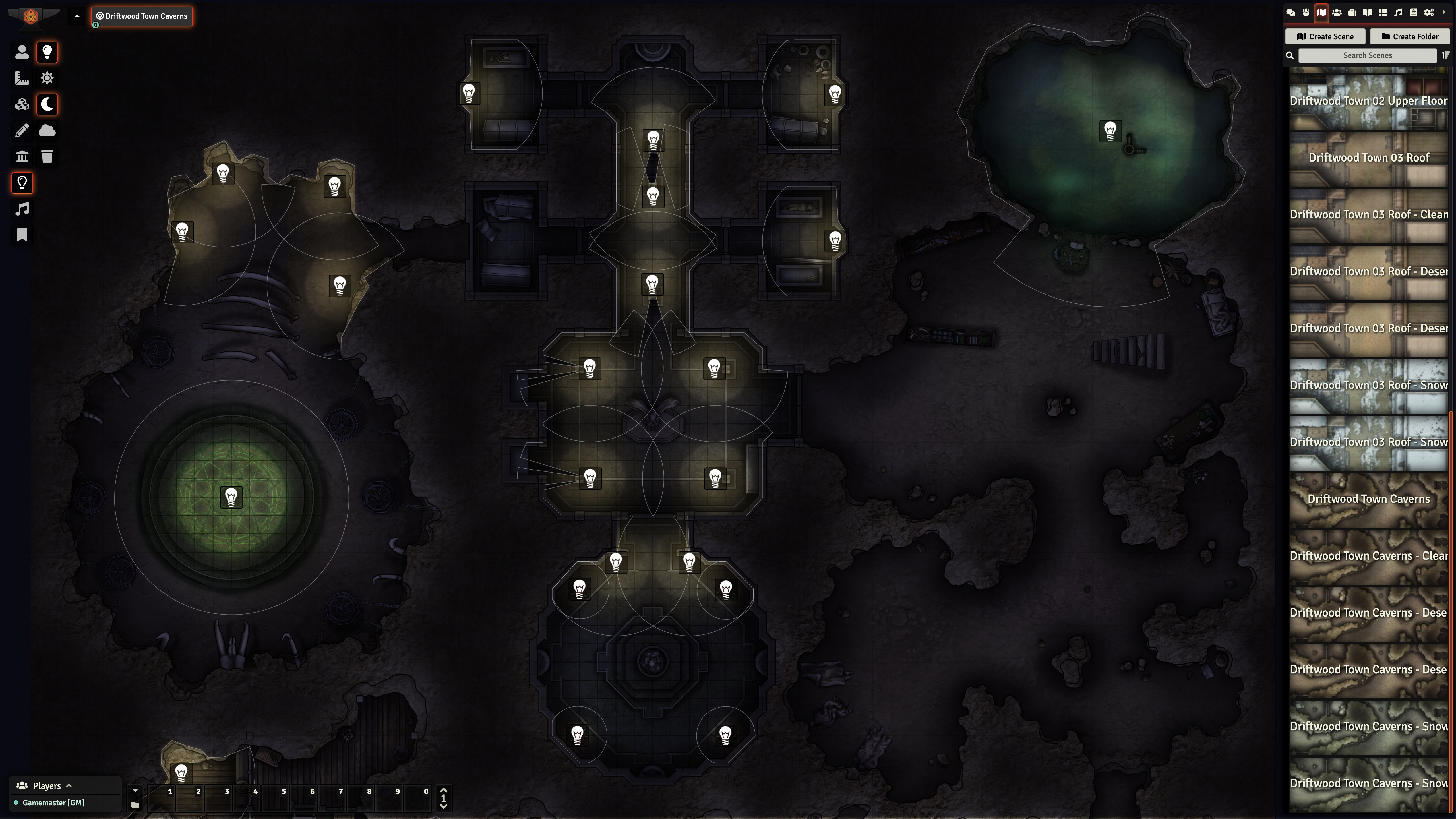 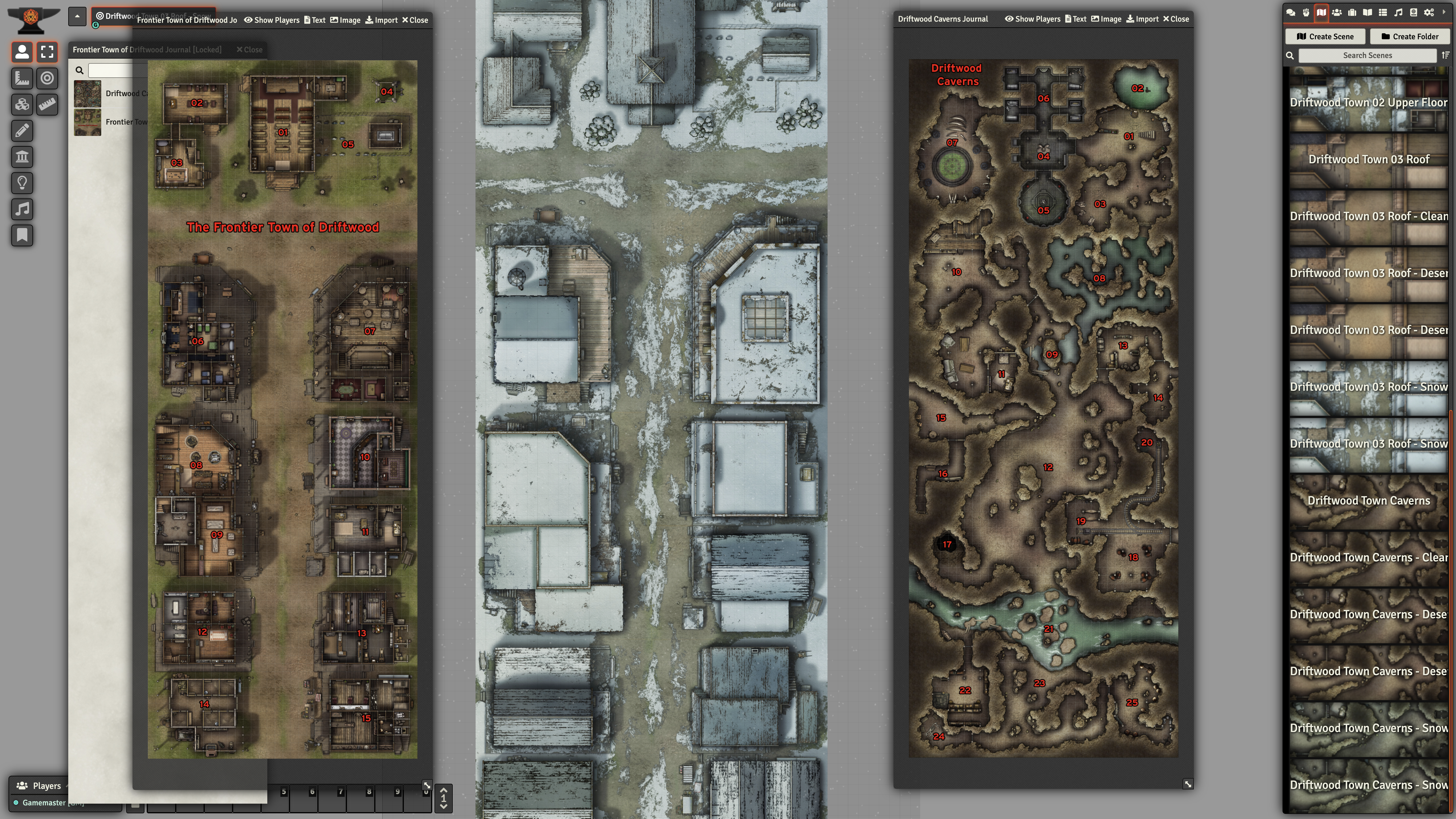 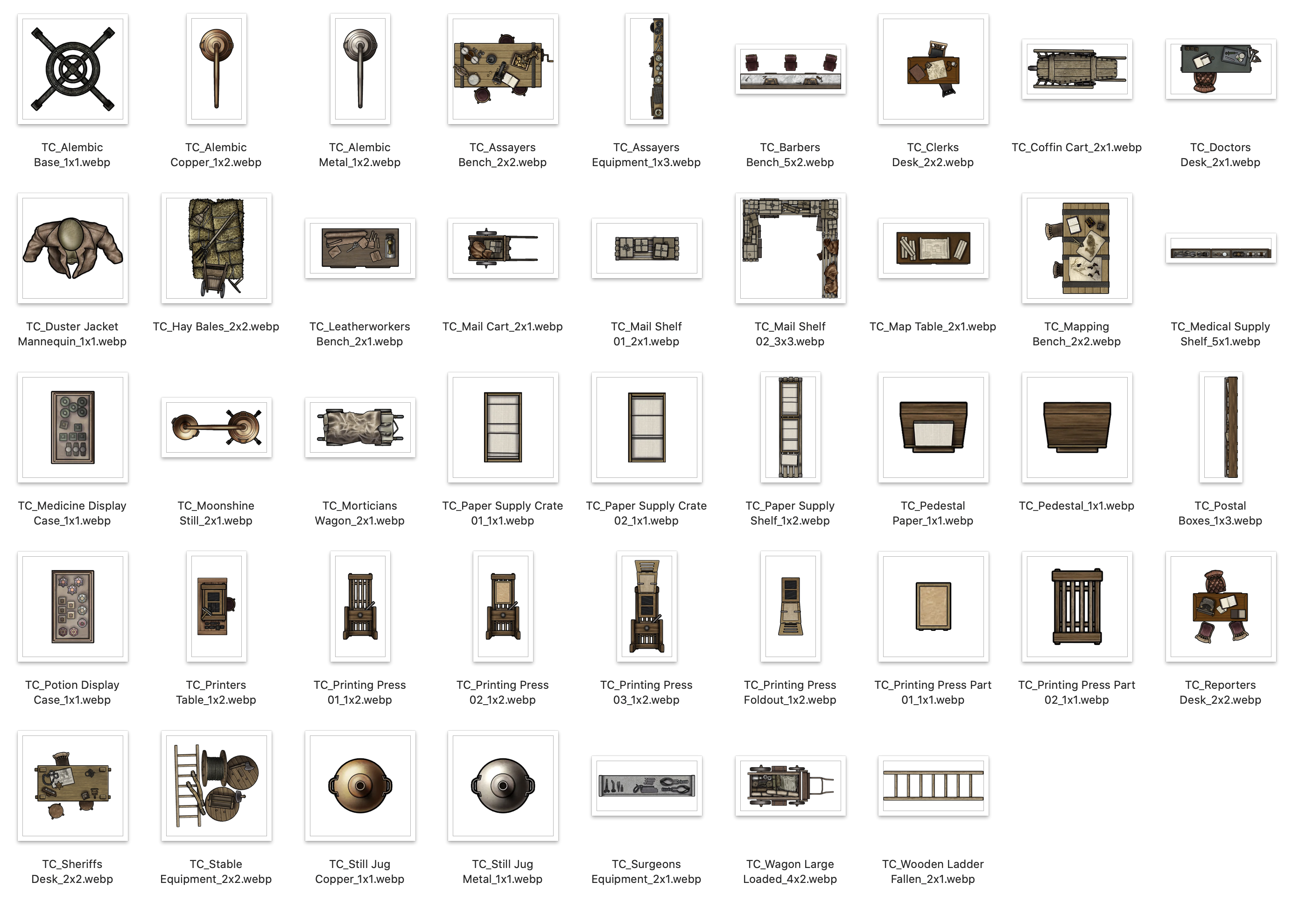 Included are 24 Extra Large maps, 43 themed assets for customisation, and a labelled key and design notes journal for DMs.

Driftwood was one of the first major frontier settlements out in the Freeholds, on the edge of the empire. The community is well established, and everyone knows one another. Indeed most of their stories are so interwoven as to be impossible to untangle. Though the town itself is relatively small, all of the estates and ranches in the area consider themselves ‘Drifters’, a local nickname for the townsfolk. Even the bandit outfits in surrounding hills feel an intrinsic tie it.

The very nature of living so far out from civilisation, on the edge of hostile untamed territory, means that everyone here is used to a life full of dangers and hardship, but despite the many differing personalities and moral codes, the community keeps itself going. In recent weeks however, a new danger has emerged. An illness is sweeping through the population that causes a kind of madness and insatiable, cannibalistic hunger in those who are affected. Worse, they cannot easily be stopped, often rising up and carrying on after even the most fatal of wounds.

Although Dr Sawyer has some theories, no one knows the cause of this illness. It is quite likely to have something to do with whatever Father Bennett is doing each night in the caverns below the Church, so close to the towns water source (and more importantly the source used by the local moonshiners who deliver to the ranches and estates). Unfortunately, only Mother Ira has any inkling that Father Bennett is up to more than just his daily sermons, and she certainly won’t tell.

The caverns below Driftwood are as vast and extensive as the town itself, although despite only being 50ft below the hard rock surface, most of the populace don’t even know they exist. Those who do are cautions to not stray too far, as the dark winding tunnels are home to many dangers. Adventurers exploring the depths need to be wary at all times, but if the answers to the towns current problems are anywhere, they will be somewhere down here.