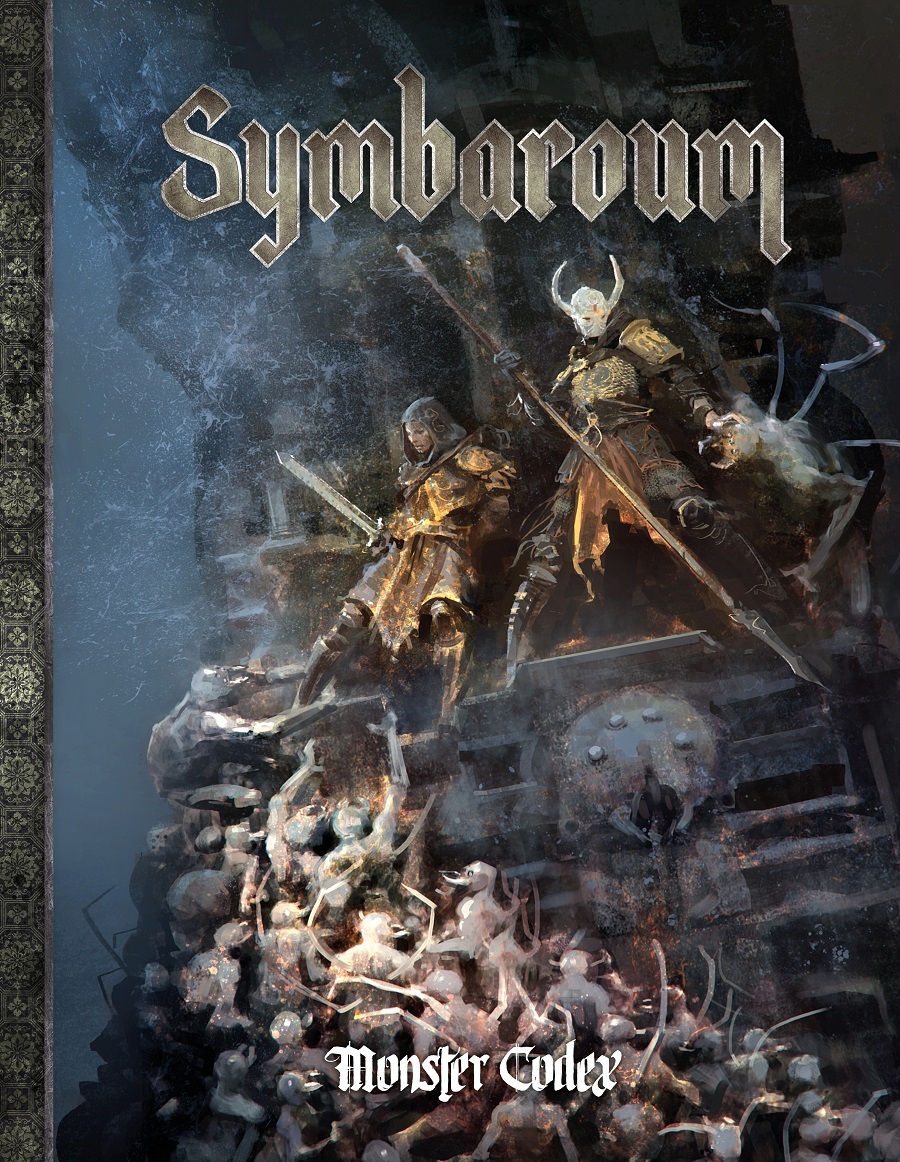 The ruin appeared as a mirage, when the Blight Mist finally dissolved during our breathless escape. The hunters slowed down behind us – neither the primal blight beast nor the chattering, clawing, corruption oozing swarmers wanted to leave the milky white depths of the fogbank.

We did not stop. Sunken and overgrown, the broken pyramid ahead was nearly devoured by Davokar, still its asymmetrical opening seemed like a gateway to safety and rest. We forced our way through the hanging vines, lowered ourselves down to the floor with ropes, and let the fear and corruption fade away; the blackened veins on Oleana’s colorless cheeks paled as the look of panic slowly left her eyes.

Sunlight found its way through cracks up high and fell upon a mighty pillar at the center of the hall – made of naked gray stone with a surface chiseled in strange designs, hypnotic in their worn splendor. We walked about halfway towards its foot before Oleana grabbed my arm, and made me halt.

“Like blight beasts in mist,” I thought, as they came into the light, slowly but surely surrounding us; almost human, naked, with their spider jaws twitching in hunger.

As Oleana pushed me towards the pillar, I knew I was going to die. Still, I climbed, the words of my father ringing in my ears: “In Davokar only one law applies: whatever may happen, never give up!”

The Symbaroum Monster Codex makes the settlements, woods and vales of the Davokar region more dangerous than ever before! More than a hundred creatures, monsters and abominations are crammed together in this module – some of them well known, others only mentioned in legends and fairy tales; some unstoppably hungry, others open to negotiations; some presented in detail, others with only short descriptions. Combined with the guidelines on how to create creatures of your own, the content of this bestiary should provide material for hundreds of hours at the gaming table!

This module is to be used with the Symbaroum System.

Purchase at the Free League webshop.