This module has several goals:

Many new icons have been added to Foundry over time, and although some 5e SRD items have been updated, many haven't. The compendium included in this module makes use of many new options that I feel are better choices.

The majority of icons used are core FoundryVTT icons, however there are a few icons that I have included as part of this module such as those shown below:

A player (especially if they are new) should not have to delve into the 'details' tab of a weapon in order to know how much damage it deals. As such, all weapons have had their full properties added as text in the description tab.

There are a number of weapons in 5E that aren't very well balanced. For example, a Warhammer deals 1d8 damage and has the Versatile property. However, a War Pick deals 1d8 damage but has... no additional properties. War Picks are indeed cheaper, but if even a level one character can easily afford any weapon, it's really not a balancing factor. As such, I have altered a few weapons to enable players to choose the weapon they like, not the weapon they feel is the best.

Additionally, some weapons have been made more unique. As written, Glaives and Halberds are functionally identical. With RWE, Glaives have a special property allowing them to deal 2d6 when mounted on horseback, and Halberds can choose between Slashing and Piercing damage.

A small number of new weapons have been included such as the Andamacil, War Axe, Pistol, and several new shields. 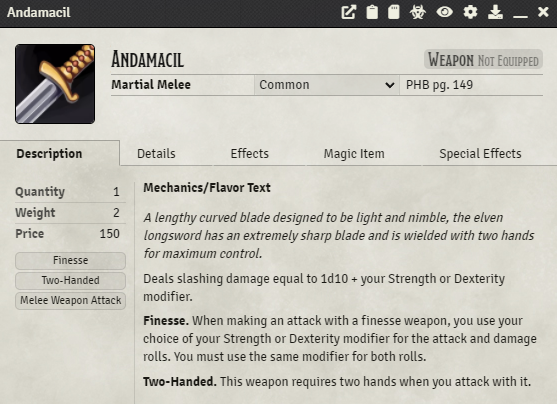 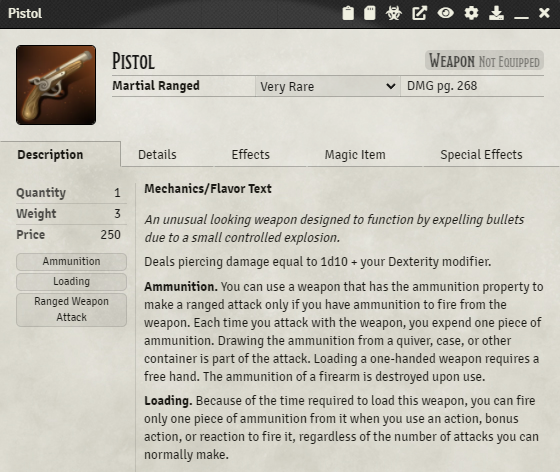 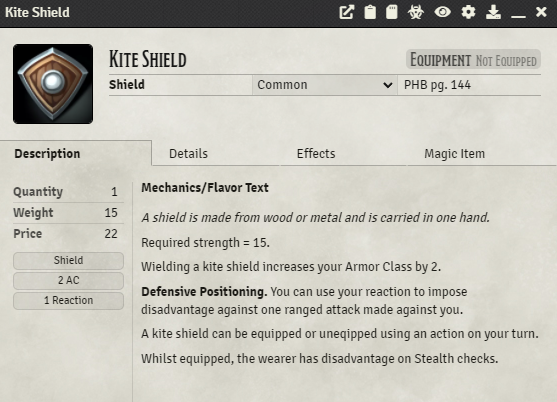 You can either log issues and queries on GitHub via the "Project URL" below, or contact @Monkeyy on the FoundryVTT Discord server.

From there, you can either search for the package unique name: RWE or copy its manifest URL: