The HârnMaster 3 game system designed for use with the Hârn fantasy setting: No hit points, no levels, no classes, just realistic character development and combat.

This system is developed and distributed as "fanon", a derivative work of copyrighted material by Columbia Games Inc. and N. Robin Crossby.

Hârn is a highly-detailed fantasy setting based on 10th-12th century England and Europe, originally developed in the mid-1980s but still in active development. HârnMaster is a game system designed specifically for the Hârn setting. You can get more information about Hârn and HârnMaster at the fan site Lythia.com.

See this playlist for a full set of videos demonstrating the capabilities of the HârnMaster system (many thanks to Stephen Cooper for these videos!)

For assistance with this system please join our community on Discord.

For those unfamiliar with HârnMaster, the following (taken from the HârnMaster Overview) provide the basic principles behind the system:

HârnMaster does not use hit points. The game effect of injuries is expressed as Injury Levels which are used to penalize all physical activity and control recovery from wounds, diseases, etc. Even veteran warriors can die from one blow; be careful.

There are no character levels in HârnMaster. Based on training and experience, characters gain new skills or become better at existing skills. They do not automatically become too powerful for the whole game world.

Theoretically, any character can use any weapon or learn any skill. For example, nothing prevents mages or clerics from using swords. Some weapons, such as chivalric arms like the broadsword, may be prohibited to commoners in civilized regions, but these are social customs, not hard rules.

The combat system is skill-driven. The most important factor in combat is the skill with which characters use their weapons. Almost any character may become reasonably proficient with a few weapons, but not with all.

Armour protects its wearer once a strike has been landed. However, it reduces mobility, which makes the heavily-armoured character easier to strike. An armour piece protects only the body parts it covers.

- Character sheets for characters and creatures 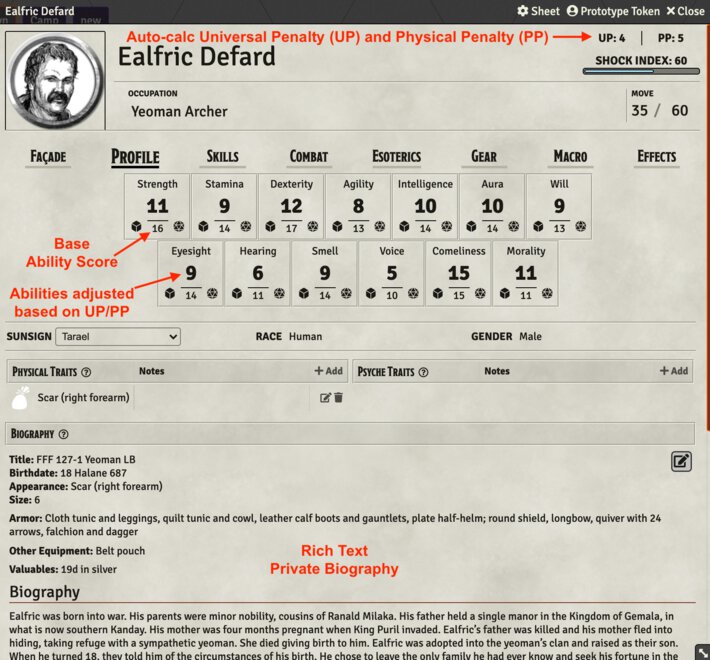 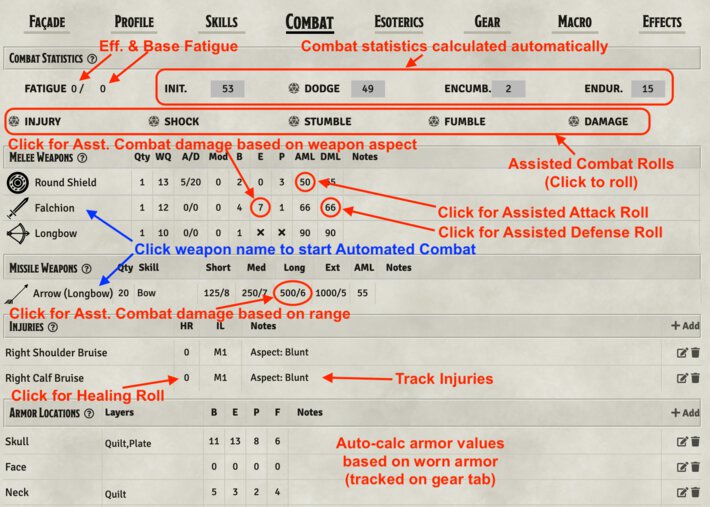 The following modules are specifically designed to work with this sytem and compliment its functionality.

This is an unofficial HârnFanon work. It is a derivative work from material created by Columbia Games, Inc., and N. Robin Crossby and is released for free distribution and personal use.

Hârn, HârnMaster, and HârnWorld are all © 1987-2020 N. Robin Crossby and Columbia Games Inc. Their works are available for sale on the Columbia Games Ltd website.

Great system to deal will all those pesky Harnamster 3 combat and skill equations. This is and should be your “goto” world for brutal fantasy combat. Thank you Toasty.

From there, you can either search for the package unique name: hm3 or copy its manifest URL: